Why Trump Should Support Tunisia 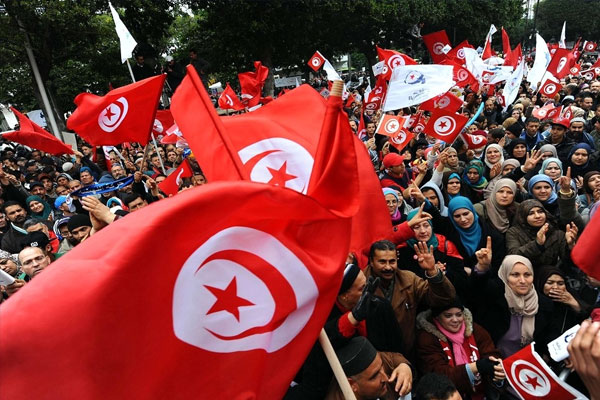 Trump just sent the wrong signal to the Islamic world. Here’s how he can send the right one.

Even if Trump’s visit was billed as a dramatic new start, it was really just a lazy reprise of long-established policies — exactly the policies, in fact, that have helped to perpetuate corrupt dictatorships, endless vendettas and simmering dysfunction throughout the Middle East and North Africa. Trump’s trip should have at least hinted at a different future for the region. Instead it merely rehashed the past.

If Trump continues this course, it will be a tragedy of colossal proportions. History has given Trump a fantastic opportunity to send a positive signal to a region drained of hope. And he could do it without threatening established alliances, or drawing the United States into some new interventionist quagmire. By doing it, he could strike a huge blow to the Islamic State, al-Qaeda and all their depraved ilk on the front that matters most: the political one.

The United States needs to help Tunisia, the lone success story of the Arab Spring. For the past six years the Tunisians have been stubbornly fighting to preserve their young democracy. In many respects, despite multiple elections and many rounds of reform, their revolution is still going on. But the obstacles — economic and political — are still huge. And so far Tunisia hasn’t gotten anywhere near the support it deserves. The United States and the Europeans have both done far less than they could have.

For all its difficulties, Tunisia has an inspiring story to tell — not just to other Arabs but also the world at large. Yet who in the United States has ever heard anything about it? The U.S. president should declare his support for Tunisia’s struggle, and he should visit it at the first possible opportunity. (Note to the homebody president: it’s a lot closer than Saudi Arabia.)

On top of that, he should cajole the Europeans — who should be leading the charge on Tunisia but have been distracted by their own internal problems — to join the United States in devising an ambitious assistance program. (Tunisia is a small country, by the way, so “ambitious” actually means “not very large in the broader scheme of things.” This is a place where a relatively small amount of help will go a long way.) As the Washington-based Atlantic Council noted in a policy paper last year, it’s clear where the Tunisians need the most help:security, economic development and fostering democratic institutions. No nation-building is required. Tunisia already has robust state institutions, a politically engaged populace — and even a large cohort of determined and highly educated women.

Tunisians have made tremendous progress. Yet their experiment is teetering on the brink. The economy is stuck in the doldrums. Poverty and corruptionfester. Youth unemployment is sky-high. Entrenched elites cling to power.Islamist extremists capitalize on the growing discontent. For all its achievements, Tunisia has gained notoriety as a disproportionate source of foreign fighters in the Syrian civil war.

Yet just imagine the potential impact if the outside world could help Tunisians tackle these problems. An economic revival there would show that Arab countries can make their way in the world without floating on seas of oil. Anti-corruption programs could demonstrate how to tame one of the region’s most corrosive ills. And continued democratization would offer a devastating reply to the Islamist militants who fear genuine “people power” more than anything else.

As I’ve argued elsewhere, a successfully democratic Tunisia is the most effective non-military reply to the Islamic State that anyone could devise. And unlike the Saudi policy of perpetual repression, the Tunisian example would offer a chance to break the endless cycles of violence and radicalization.

The future of the Arab world doesn’t lie in Saudi Arabia. It lies in Tunisia. Trump has a choice. He can go on siding with the governments that embody the failed policies of the past. Or he could try to send a signal for the future. He can still seize the chance.