The U.S. and Tunisia’s Democratic Decline 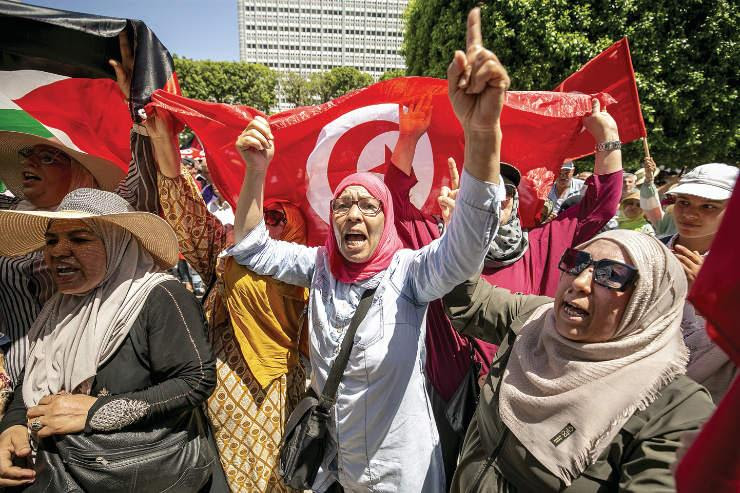 “On the one hand, the U.S. has been increasingly critical of Tunisia’s drift away from democracy,” Walles noted. “On the other hand, the administration has avoided any direct criticism of President Saied.”

The panel accused Tunisian President Kais Saied of anti-democratic actions beginning in July 2021, when he suspended parliament and fired the prime minister as well as the defense and justice ministers. Saied will now hold a constitutional referendum on July 25 on a new constitution, drafted with no opposition voices.

Panelists explored what leverage the U.S. and its allies can use to influence Saied and his allies in Tunis. “On the one hand, the U.S. has been increasingly critical of Tunisia’s drift away from democracy,” Walles noted. “On the other hand, the administration has avoided any direct criticism of President Saied.”

Walles said there is an incorrect belief within the Biden administration that Saied’s actions enjoy popular support among Tunisians. “I think Tunisians are rightly unhappy that the revolution of 2011 did not bring about the dignity and prosperity that was promised after the ouster of [long-time President  Zine El Abidine] Ben Ali,” he said. However, he emphasized, this does not mean that Tunisians aren’t concerned about the threat to democratic institutions.

Saied has justified his actions by claiming that the status quo powers in government, especially the Ennahda party (the largest bloc in the now dissolved parliament), were corrupt and stifling the country’s progress.

Monica Marks agreed with Walles’ characterization that Washington has adopted an ambiguous approach toward the situation in Tunisia. She noted that on Dec. 13, Saied unveiled his new anti-democratic roadmap, but Washington did not react with any noticeable measure of concern. “The United States responded to his alleged roadmap with, it seemed like relief,” she noted. “It was disheartening…[and] indicative of laziness and ignorance.”

Marks added that many disgruntled groups in Tunisia do not necessarily have a problem with the so-called coup, but are primarily upset that the country remains in an economic crisis. The Tunisian General Labor Union (UGTT) is one such group, and led a June 16 general strike to protest low wages and austerity measures by Saied’s government.

Masmoudi cautioned that leaders in Washington can’t just sit by and watch Tunisia again descend into authoritarianism. “We’ve wasted 10 months already, and Tunisia’s on this path, we can’t afford to waste another 10 months,” he warned.

Tunisia, he reasoned, functions as an easy place for President Joe Biden to prove his administration’s professed support for democratic systems. But, he noted, there is no current U.S. ambassador to Tunisia, although Biden appointed veteran diplomat Joey Hood to the post in May. It’s not expected that the Senate will confirm him to the position before key events, such as the referendum, unfold this summer.

Marks argued that the case of Tunisia should not flummox policymakers. “We’re simply talking about good, healthy, diplomatic messaging that’s in the United States’ interests, and also respects Tunisia's sovereignty,” she said.