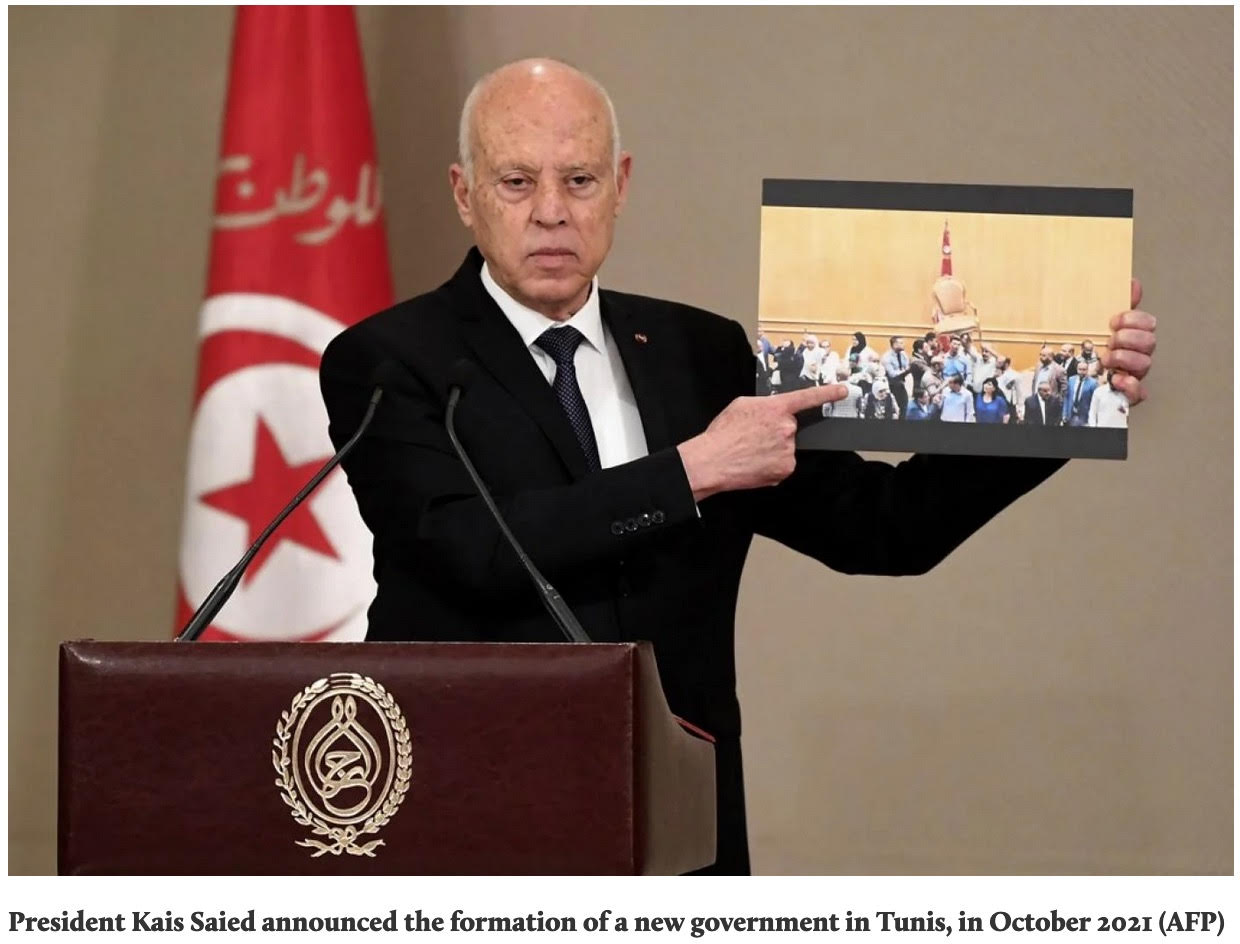 President Kais Saied has been ruling by decree for nearly one year, but experts warn a proposed charter will permanently enshrine his expanded powers

The new draft introduces a presidential system of government in a departure from the mixed presidential-parliamentary system enshrined in the 2014 constitution.

Whereas the 2014 charter was written by a constituent assembly elected in the wake of the revolution, Saied’s draft has been worked on by a committee he handpicked in a process decried by many politicians and constitutional experts as undemocratic.

“If adopted, the constitution would give the president unrestricted, unchecked powers, and would drastically limit the competencies of other branches of the state, including the parliament and the judiciary,” said Benarbia, MENA regional director at the Geneva-based International Commission of Jurists.

'The drafting process was devoid of any legal basis, democratic legitimacy, inclusivity, accountability and transparency,'

“The drafting process was devoid of any legal basis, democratic legitimacy, inclusivity, accountability, and transparency - behind closed doors, an illegitimate committee drafted a constitution that does not reflect the views of all Tunisians.”

A referendum is due to be held on the constitutional changes on 25 July, marking the first anniversary of Saied’s seizure of extensive powers that saw him rule by decree, a move which his opponents have denounced as “a constitutional coup".

Since his power grab, Saied has imposed numerous controversial measures including suspending parliament, shutting down the country's independent anti-corruption body, and sidelining the national election authority.

In early February, he dissolved the Supreme Judicial Council and granted himself control over the selection and promotion of judges.

The measures, the plans for which were first revealed by MEE, have been widely considered a setback for the pro-democracy revolution of 2011.

But the president says his actions were both legal and necessary to save Tunisia from an "imminent threat".

While Saied has focused on restructuring Tunisian politics, a looming economic crisis threatens to unravel his plans, as the government struggles to finance its 2022 deficit and repay its debts. It is also in talks with the International Monetary Fund to secure a loan to save the government from default.

In the new presidential system, in addition to being the head of the armed forces, the president will have the power to dissolve parliament and appoint and dismiss the prime minister and other cabinet members.

The president will also have the power to name judges, who will be banned from strikes, in an apparent reaction to the nationwide strike held by judges last month to oppose Saied’s sacking of dozens of their colleagues.

'For the first time in the country's post-colonial history, liberties are directly tied up to Sharia,'

Saied’s critics predict the new constitution will pave the way for legitimising his power grab.

“The proposed constitution does not lay the foundations for the rule of law, it codifies one-man rule and effectively ends any semblance of separation of powers, thus endangering rights’ protections in Tunisia,” Benarbia told MEE.

Despite recent controversial comments by the head of the constitutional drafting committee, Sadeq Belaid, that the new constitution would remove all references to Islam, the new draft adds more references.

It amended the first article to remove the reference to Islam as “the religion of the state” but also scrapped article two which defined the state as “civil”, a word commonly use as a synonym for "secular" in the region.

Article five of the new draft states: “Tunisia is part of the Islamic Ummah (worldwide community), and only the state shall work to implement the Maqased (principles of Sharia) of Islam in preserving life, honour, money, religion, and freedom.” 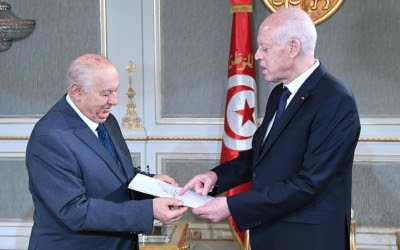 Tunisia's new constitution: What's new and who's behind it?
Read More »

Commenting on the article, Mohamed-Dhia Hammami, a Tunisian political analyst, described it as a “theocratic” provision.

“For the first time in the country's post-colonial history, liberties are directly tied up to Sharia,” he wrote on Twitter.

“Article five refers explicitly to a specific Islamic legal doctrine from the 12th-14th centuries revived in the twentieth century. It claims to be less orthodox than the mainstream jurisprudence,” he said.

“Aside from the theological role of the state, defining the Tunisian 'nation' as a part of the Islamic ummah can have serious implications for the remaining religious minorities.”

Saied has said the draft "is not final, and some sections may be revised or given further thought".

"Whether the system is presidential or parliamentary is not the question.