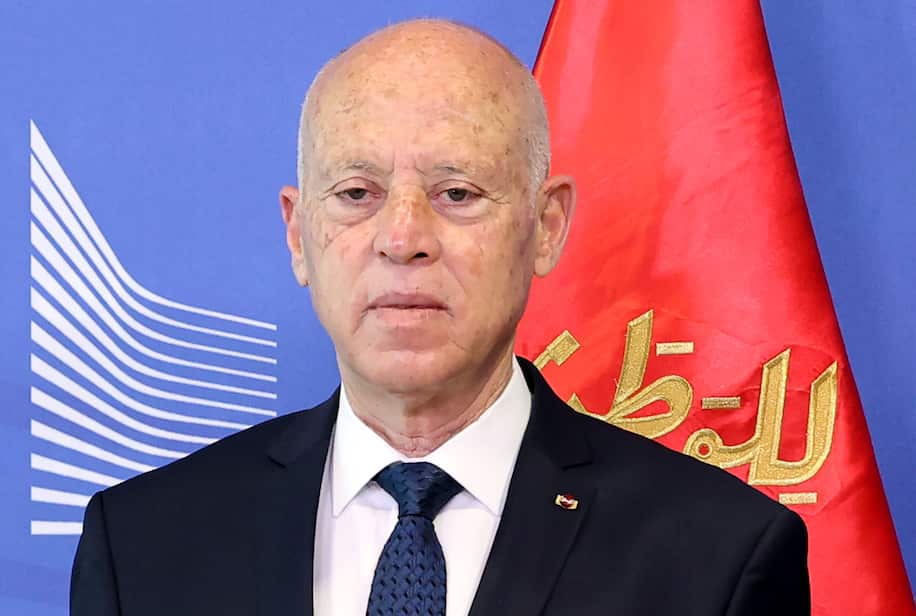 On the day Tunisia’s democracy died, it fell to a State Department spokesperson to deliver the Biden administration’s mealy-mouthed pieties. Asked about the July 25 constitutional referendum that allowed President Kais Saied to institutionalize one-man rule in the North African nation, Ned Price offered the following observations (italics mine):

“Well, we note the outcome that has been reported by the Independent High Authority for Elections and civil society election observers. The referendum has been marked by low turnout. That is something we do note. A broad range of Tunisia’s civil society, media, and political parties have expressed deep concerns regarding the referendum. And in particular, we note the widespread concerns among many Tunisians regarding the lack of an inclusive and transparent process and limited scope for genuine public debate during the drafting of the new constitution. We also note concerns that the new constitution includes weakened checks and balances that could compromise the protection of human rights and fundamental freedoms.”

Note the absence of any direct criticism of the man who has garroted the Arab world’s most promising democracy. Instead of calling out Saied for his appropriation of near-absolute authority, the Biden administration once again failed to live up to its own billing as a defender of democracy.

There would have been plenty to criticize. Saied seized control of the election commission ahead of the vote, in addition to muzzling the media, jerry-rigging the judiciary, and jailing political opponents. And the overwhelming majority of Tunisians chose not to vote, undermining the autocrat’s attempt to legitimize his power grab by refusing to participate in the stage-managed exercise.

Even taking at face value the election commission’s claim of a 30.4% turnout, it was an abysmal showing for Saied. (In contrast, the Egyptian strongman Abdel-Fattah El-Sisi managed a 38.6% turnout for his 2014 constitutional referendum.) The president offered the lamest of excuses: More people would have voted if they had had two days, instead of one, Saied said.

In the days ahead, Saied’s opponents will make the most they can of the poor turnout to question the lawfulness of the new constitution — and by extension, the president’s right to rule. Like autocrats everywhere, Saied will seek alternative sources of legitimacy. Expect government-supported rallies celebrating the constitution in Tunis and expressions of fealty from the armed forces.

The president will also draw legitimacy from the willingness of foreign leaders — and especially leaders of democratic states — to do business with him. He will be reassured by reluctance of democracy’s defenders to even criticize, much less condemn, his sham of a referendum.
Saied will hope that the Biden administration does for him what the administration of President Barack Obama did for Sisi: Accept the new constitution as a faitaccompli and look the other way as the Tunisian president uses it to tighten his grip over all levers of the state.
President Biden should deny Saied that satisfaction. Instead, the US president can start making up for his failure to protect Tunisia’s democracy by making it clear his administration has done more than “note” Saied’s attempt to institutionalize authoritarianism.
Biden is no slouch at using strong language in situations like this. Only last November, he condemned Nicaragua’s Manuel Noriega for staging a “pantomime” election. Saied should get similar treatment.
Presidential rhetoric aside, the official US position should be that the referendum was too flawed for the results to hold any validity. And any move by Saied to exercise the powers arrogated to the presidency in the new constitution should be met by full-throated condemnation and, where possible, economic sanctions.

Biden should demand that Saied restore the independence of Tunisia’s judiciary as well as the freedom of its press, and work with opposition parties toward a power-sharing arrangement and fresh elections.

If Saied refuses, the US should withhold all aid for Tunisia and encourage its European partners to do likewise. The Biden administration should also be prepared to exercise the US veto on any International Monetary Fund assistance for Tunisia.

That would hit Saied where it hurts the most. He desperately needs foreign funding and the IMF’s help to start repairing Tunisia’s crumbling economy. Failure to deliver on that front will swiftly remove even the limited support he enjoys, and put paid to any claims to legitimacy.

Biden has much to answer for his failure to live up to his professed values. In Tunisia, he has an opportunity to do something of note.

——————
Link to Article
This column does not necessarily reflect the opinion of the editorial board or Bloomberg LP and its owners.
Bobby Ghosh is a Bloomberg Opinion columnist covering foreign affairs. Previously, he was editor in chief at Hindustan Times, managing editor at Quartz and international editor at Time.
News