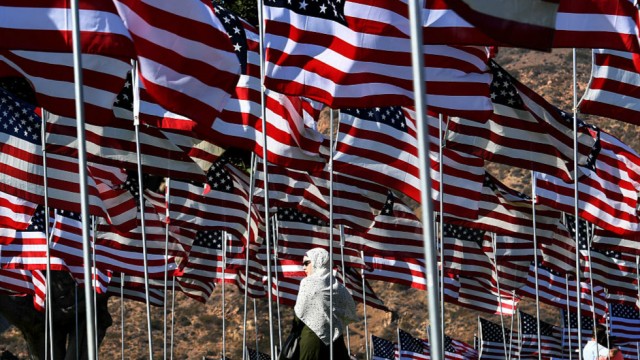 As President Trump prepares to take his first international trip since taking office, both his supporters and detractors would acknowledge that he’s living up to his trademark to do things unlike any other administration.

By making Saudi Arabia his first stop (unlike most modern U.S. presidents who first visited traditional Western allies) where he will meet with several Muslim leaders, the President has a unique opportunity to (re)establish strong partnerships in the Islamic world — a necessary cooperation that will overshadow impressions and perceptions, deserved and otherwise, that linger from his 2016 presidential campaign rhetoric about Muslims.

President Trump will have to confront the complex issues of which he and his Islamic world counterparts do not see eye to eye. A powerful first step to bridging these gaps would be for the president to remind his interlocutors that they do indeed stand united with the U.S. in our rejection of and determination to destroy ISIS, Al-Qaeda, and all other violent extremists and terrorists. This clear reaffirmation will bolster the promise that Trump made during his first joint address to Congress that the US “will work with our allies, including our friends and allies in the Muslim world, to extinguish this vile enemy from our planet.”

As founder and president of the Center for the Study of Islam and Democracy, which educates and engages American policymakers and leaders about the promotion of democracy as the most lasting solution to resolve conflicts around the world, I strongly encourage the president to take advantage of this unique opportunity to engage current and potential allies in the Islamic world.

The president should declare unequivocally that fighting anti-Muslim bigotry and Islamophobia, in the United States and around the world is the Trump administration’s best tool to encourage U.S. partners to fight extremism and promote peace and prosperity in the world.

Here are three commitments that Trump should make sure his Islamic world counterparts take home to the nations they lead:

First, American values are Muslim values. The values of Muslims in the U.S. are not simply compatible with democratic principles, they are inextricably tied. Islam defends personal freedom and respect — as does democracy — and neither can exist and thrive without a commitment to the security of all our citizens and decimation of those extremists (regardless of the religion or ideology they dubiously claim) who seek to distort the ties that bind all civil, lawful and peaceful societies.

Secondly, the U.S. must not waiver in its support of countries across the region that are still rebuilding and rethinking the way their societies work following the Arab Spring. We must put muscle behind our promises to support peace and inclusive democracy in Tunisia (the birthplace of the Arab Spring) whose example could inspire and inform progressive movements for change across the Islamic world.

And this support is not limited to military intervention because the U.S. has many formidable weapons in our arsenal. Through our extremely effective programs at the U.S. State Department and other agencies, the U.S. can lay the groundwork for socio-economic development and capacity building for political parties and civil society to promote inclusive democracy.

These proven and effective tools will yield more long-term success than even the largest show of military might. This support should also reiterate that every country is unique and no one democratic formula or framework fits whether in the U.S. or across the Middle East and North Africa.

Third, the U.S. needs to say unequivocally to our allies and foes in the Islamic world that our important military partnerships, economic linkages and the protection of U.S. interests are not in competition with our commitment to denounce authoritarianism and human rights violations around the world.

The United States can be the world’s superpower and a beacon of democracy at the same time and with the same dedication. Trump can empower citizens across the Muslim world to resolve their own conflicts by sending a clear message to their leaders that the United States expects nothing less than real, inclusive democracy from its allies and partners.

There is no shortage of opinions and hypotheses, carrots and sticks about the best way to promote U.S. policy and interests across the globe the president is undoubtedly considering them as he prepares to take his presidency on its first international tour.

The clarity of U.S. commitment, purpose and principles that Trump establishes with the Islamic world will determine whether these critical partnerships will strengthen or weaken during his administration.