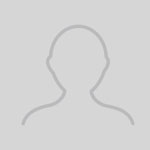 Part-time lecturer at George Mason University George Mason University. She recently completed my post-doctoral fellow at the Kate Hamburger Kolleg Center for Global
Cooperation Research in Duisburg, Germany. She holds a PhD in international studies from Cambridge University, UK. Her research evolves out of my broader interest in the categories and the concepts that academics apply to the non-western world. She contributes to this effort by using my in-depth knowledge on the Middle East as a prism to re-examine key aspects of contemporary social and political theory. Her research interests focus on several of interrelated fields of study: the politics of state formation; citizenship; Iranian nationalism and state-building. In sum, her research is interdisciplinary, and revolves around her desire to understand how people's agency at the local level influences national and transnational politics in the Middle East. She is particularly interested to understand the political ramifications of citizenship structures in non-democratic settings. She is fluent in Farsi and spent 2012 to nearly 2015, carrying out fieldwork for several research projects in Iran. She is currently working on my second book project "Citizens of God: Gender, Religion, and Sovereignty in Contemporary Iran" and was recently awarded a small research grant by the International Institute of Islamic Thought. She also teaches a course on Comparative Politics at George Mason University, Fairfax VA.

The ongoing political participation of people in the Middle East since the 2011 Arab and 2009 Iranian uprisings illustrates the new forms of activism that emerge when there exists little hope of immediate transformations (Abdalla, 2016; Mhajne and Whetstone, 2018; Rivetti, 2017; Vannetzel and Dilek, 2017). Yet rarely have scholars focused on the forms that state guided political participation can take in a non-democratic context (Saeidi, 2017). Using the political participation of the younger generation of Hezbollah affiliates in Iran as a case study, this paper demonstrates the unexpected outcomes of state guided political participation in an authoritarian context with the aim of expanding the ways in which participation in non- democratic contexts is understood. In particular, I draw attention to the relevance of the social life of regime agents in regime sanctioned spaces for understanding the unintended outcomes of authoritarian rule. In this context, the affective exhaustion that young Hezbollah activists experience within the cultural institutes the state created in post-2009 results in the creation of unsanctioned cultural material which works to undermine the hardship that is central to Hezbollah’s ideology of activism. More specifically, I will argue that it is conflict between the genders regarding women’s rights that comes to significantly shape the cultural products that Hezbollah activists create. This paper is based on ethnographic fieldwork in Iran between 2012-2014. Empirically, the paper relies on participant observation, interviews, archival research, and this includes continuous analysis of social media posts by Iranian Hezbollah activists.