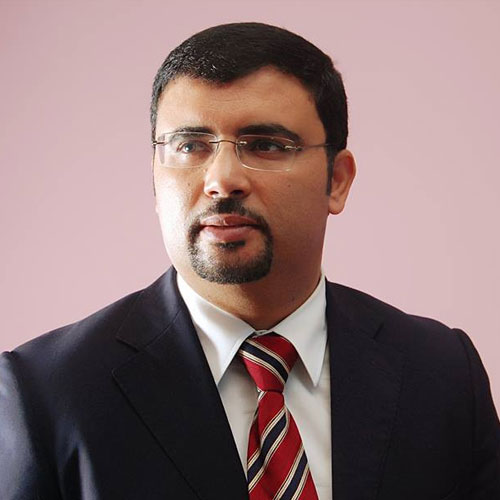 Dr. Khaled Chouket, is a former Tunisian minister and deputy and one of the current leaders of Nidaa Tounes Party. Born in Sfax in 1969. Graduated in International law and political sciences from Oujda university in Morocco and Leiden university in the Netherlands. He has published more than ten books the last twenty years among them "The Ecological Crime", "The Muslim Democrat", " The Democratic Introduction"...etc. He has published many articles in the international, Pan Arab, and National press. He is the founder and general director of Rotterdam Arab film festival from 2001 till 2012, and he is producer of several documentaries.

The perspectives of the Tunisian consensus procès

Tunisia is at this moment the only real democracy in the Arab world. That was the result of a consensus procès started in 2013 two years after the revolution between the Islamists represented by Ennahda party and the secularists represented by Nidaa party. But the relation between this two political parties, and especially their leaders Sheikh Rachid and the présentent Beji, is still complicated and not guaranteed for several factors and reasons, political but also intellectual and cultural. The new Democracy in Tunisia is related strongly to this consensus procès and when this procès became in danger the perspectives will be limited.