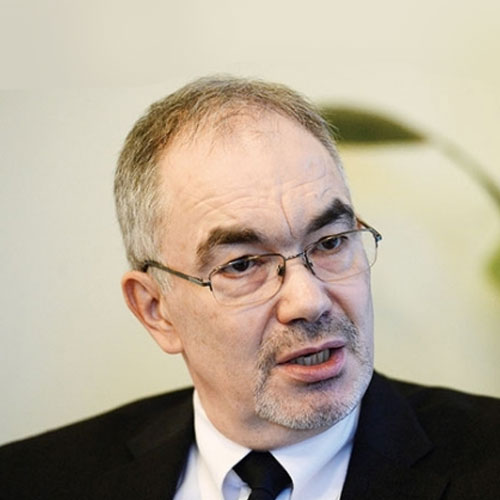 Kemal Kirişci is the TÜSİAD senior fellow and director of the Center on the United States and Europe's Turkey Project at Brookings, with an expertise in Turkish foreign policy and migration studies. Within the project, Kirişci runs the Turkey Project Policy Paper series and frequently writes on the latest developments out of Turkey.

His most recent book, “Turkey and the West: Faultlines in a Troubled Alliance,” was published by the Brookings Institution Press in November 2017. He is the co-author of the monograph "The Consequences of Chaos: Syria's Humanitarian Crisis and the Failure to Protect" (Brookings Institution Press, April 2016), which considers the long-term economic, political, and social implications of Syria's displaced and offers policy recommendations to address the humanitarian crisis.

Before joining Brookings, Kirişci was a professor of international relations and held the Jean Monnet chair in European integration in the department of political science and international relations at Boğaziçi University in Istanbul. His areas of research interest include EU-Turkish relations, U.S.-Turkish relations, Turkish foreign and trade policies, European integration, immigration issues, ethnic conflicts, and refugee movements.

His recent publications include "Not likely to go home: Syrian refugees and the challenges to Turkey—and the international community" (Brookings, September 2015), "Retracing the Caucasian Circle: Considerations and constraints for U.S., EU, and Turkish engagement in the South Caucasus" (Brookings, July 2015), "Syrian Refugees and Turkey’s Challenges: Going Beyond Hospitality" (Brookings, May 2014), and “TTIP and Turkey: The Geopolitical Dimension” in "The Geopolitics of TTIP:  Repositioning the Transatlantic Relationship for a Changing World," Daniel S. Hamilton, ed. (Washington, D.C. Center for Transatlantic Relations, 2014; distributed by Brookings Institution Press). His first paper for Brookings was "Turkey and the Transatlantic Trade and Investment Partnership: Boosting the Model Partnership with the United States" (Brookings, September 2013).

Kemal Kirişci is the author of several books on Turkey including "Turkey and Its Neighbors: Foreign Relations in Transition" (co-authored with R. Linden et al; Lynne Reinner, 2011), "Land of Diverse Migrations: Challenges of Emigration and Immigration in Turkey" (co-edited with A. İçduygu; Bilgi University Press, 2009), "Turkish Immigrants in the European Union: Determinants of Immigration and Integration" (co-edited book with R.Erzan; Routledge, 2007), "Turkey In World Politics: An Emerging Multi-Regional Power" (co-edited with B. Rubin; Lynne Reinner, 2001), and "The Kurdish Question and Turkey: An Example of a Trans-State Ethnic Conflict"(co-authored with G. Winrow; Frank Cass, 1997).

Kirişci earned a doctorate in international relations from the City University, London; a master's in international relations from the University of Kent at Canterbury, England; and a bachelor's in finance and management from Boğaziçi University, Istanbul. Kirişci has also extensively published articles on Turkish foreign policy, EU-Turkish relations and immigration in academic journals and numerous op-eds on current affairs in Turkey since joining Brookings.

It is so ironic that Turkey experienced the only short lived “liberal democracy” under AKP; it saw its economy become envy of the world; bask in “soft power”; get elected to the UNSC with a huge majority for the first time since 1961; became in 2013 the largest number of foreign nationals and tourists after U.S., U.K., France, China, Germany. Today Turkey under AKP governance is somewhere completely different its president is hailed by authoritarian and populist leaders around the world; the Freedom House has listed it as “not free”; it is holding for the 1st time an election when the whole of the country is under emergency rule; it is not more sought after destination for tourism, investment and higher education; its economy is suffering; its currency has depreciated from 1.75 TL to the USD to 4.05 TL to the USD; its foreign policy is characterized as “no neighbors without problems” etc… What happened? According to most of the Turkish media and government officials, it is all a product of Western conspiracy and a desire to prevent Turkey from becoming a regional power. But is it? Could it just be because of abandoning the path of democracy, the rule of law, accountability, transparency and a Western vocation, a choice that was made back in 1950 when Turkey held its first multi-party free and fair election?