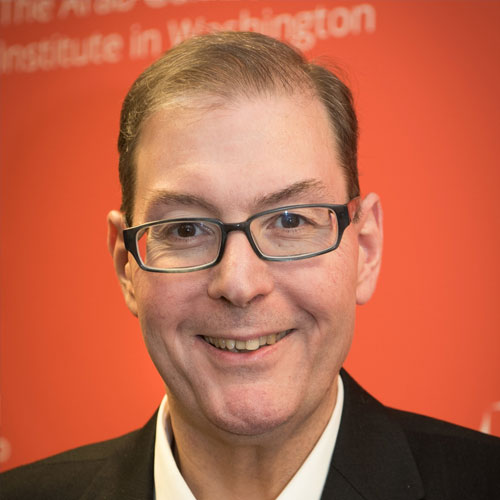 Hussein Ibish is a senior resident scholar at the Arab Gulf States Institute in Washington. He is a weekly columnist for The National (UAE) and is also a regular contributor to many other U.S. and Middle Eastern publications. He has made thousands of radio and television appearances and was the Washington, DC correspondent for the Daily Star (Beirut). Ibish previously served as a senior fellow at the American Task Force on Palestine, and executive director of the Hala Salaam Maksoud Foundation for Arab-American Leadership from 2004-09. From 1998-2004, Ibish served as communications director for the American-Arab Anti-Discrimination Committee. He has a PhD in comparative literature from the University of Massachusetts, Amherst.

There is a clear-cut imperative for Saudi Arabia and Iran to develop a process of détente and ease tensions. Their rivalry, which has waxed and waned over recent decades, has served the interests of neither side well. The immediate task is to conceptualize a roadmap for what Iranian-Saudi rapprochement would require and might look like. One of the key features of an effective approach could be a sequential nature, in which successfully dealing with one issue leads logically to the next, until the most damaging regional problems are dealt with and the basis for greater stability is restored. If a strategic dialogue were to begin in earnest, it would be vital for both sides to move forward with a clear framework for what would be required to rebuild a basic level of cooperation. To deal with the underlying causes of tension and instability, it would probably be necessary for the parties to tackle a series of disputed issues in a sequential manner, each leading logically to the next. When composed in such a manner, a framework for progress builds upon itself, demonstrating the mutual gains, building confidence, and laying the groundwork for the next constructive step, as well as reducing the chances of additional irritants and sources of tension.  Ending the war in Yemen is crucial to both sides and an obvious first step in the process. If that can be accomplished, then the mutual interests in Gulf Maritime security and free passage could be successfully engaged, further developing the virtuous circle of positive reinforcements. Third, both sides can and should agree on the political independence, territorial integrity, and need for stability in both Syria and Iraq. This would reflect a generalized understanding of spheres of influence and the balance of power in the region that is mutually acceptable, sustainable and reflective of the actual conditions in the societies in question. In effect, Saudi Arabia will have to tolerate a more powerful and influential Iran that it would like, but Iran cannot impose its will by force on parts of the Arab world in which it currently operates as a hegemonic and even occupying power. Finally, it’s essential that Hizbollah return to its focus on serving its constituency in Lebanon and stop acting, in effect, as an international revolutionary vanguard supporting a range of militias, terrorist groups, and other non-state actors throughout the region. This fourth stage would represent, in effect, Iran agreeing to move away from its reliance on non-state groups, militias and terrorist organizations to pursue its interests at the expense of the stability and functionality of its Arab neighbors.