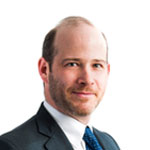 Tunisia and the U.S. Must Stick Together

Seven years after it set off the 2011 uprisings in the Arabic-speaking world, Tunisia is now widely hailed as the Arab Spring’s only success story. The dismal realities elsewhere in the Middle East make Tunisia’s own struggle to form itself as a civic republic all the more impressive, even heroic. The Tunisian experiment with Self-Government has been rightly said to be a potential antidote to radicalism and the larger crisis of governance in the region. Yet democratic consolidation, by its nature, requires a long-range effort, and right now Tunisia is beset with massive security, governance and economic challenges that could derail it.  In this, imagining a more hopeful and democratic future for Tunisia is by far the easier part; it is dealing with the past, the “war over memory,” and the legacy bequeathed by the Ben Ali tyranny which is proving most difficult. Despite the Tunisian consensus that democracy is the best way forward, deep divides in the country are generating political deadlock and complicating efforts to both deal with the present emergency and to drive forward needed structural changes. These days, the center of gravity in the republic’s political disputes is not primarily between left or right, or between Ennahda and the “children of Bourguiba,” but between republican “institution-builders” (who may be found in all parties) and other factions who have either short-sighted agendas or even anti-democratic ones. Tunisia has a constitution to be proud of, but not yet a tradition of constitutionalism. The country has launched a truly inspiring war on corruption and started to dismantle the Ben Ali kleptocracy, but it does not yet have the legal institutions or “cultural of lawfulness” needed to consolidate its gains and attract foreign capital investments. There is a republic, but not yet a tradition of civic republicanism to nourish it. Building these institutions requires something Tunisians have in spades—love of country—as well as political innovation and courage, and forgiveness, so that rising generations will have a chance at genuine justice and opportunity. Meanwhile, the U.S. (and the Europeans, too) can help the Tunisian Republic succeed—and should, because free societies need to stick together.  America must honor Tunisia’s achievements, but the U.S. must also ensure that its diplomacy, its economic and security aid, and—hopefully—a crucial increase in U.S. business involvements in the country are all aligned with those far-sighted Tunisians who are looking to get the future right now.

Eric Brown is a Senior Fellow at Hudson Institute where he studies Middle East and Asian affairs, security and development, and diplomacy and strategy. He is also editor, with Dr. Hillel Fradkin and Amb. Husain Haqqani, of the review Current Trends in Islamist Ideology. For the last 15 years, Brown has conducted research throughout Eurasia on strategic, governance, educational and political issues as well as on developing new U.S. plans and tools for helping allies and friendly countries to cope with state fragility, grey zone conflict, and other problems. He serves on the Board of Trustees of the American University of Iraq-Sulaimani.