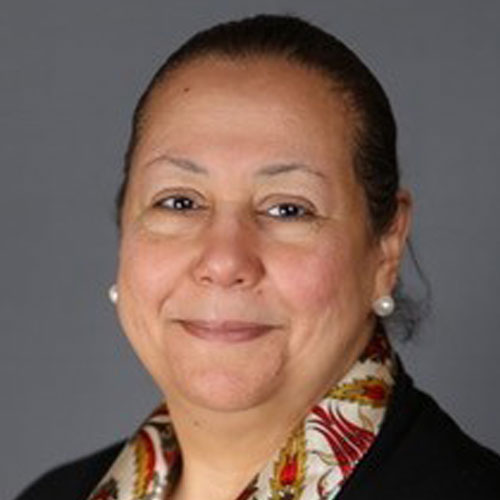 Deina Abdelkader is an Associate Professor in the Political Science Department, a Visiting Scholar at the Center for Middle Eastern Studies, Harvard University (2016-current), previously a Visiting Scholar at Alwaleed Islamic Studies Program, Harvard University (2014-2016). She is the author of Social Justice in Islam (2000) and Islamic Activists: The Anti-Enlightenment Democrats (2011). She has also authored a number of articles, including “Coercion, Peace and the Issue of Jihad” in the Digest of Middle East Studies, and a book chapter, “Modernity, Islam and Religious Activism”, in The New Global Order and the Middle East. Abdelkader served as the chair of the Religion and International Relations Book Award for the Religion and International Relations Section of the International Studies Association (2015), and she is one of two women on the North American Muslim Jurisprudential Council. Abdelkader is a co-founder and co-director of the Cohort for the Study of Islam and International Relations (COIRIS). Her areas of foci are: democratic transitions in the Muslim World, and Islamic Political Activism.

Democratic Transitions: Are There Recipes For Success ?