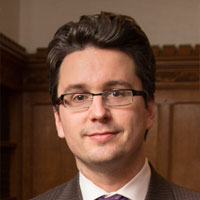 Andrew F. March is a Berggruen Fellow at the Edmond J Safra Center for Ethics, and Law and Social Change Fellow at the Islamic Legal Studies Program, Harvard University. He is the author of Islamic and Liberal Citizenship: The Search for an Overlapping Consensus (Oxford, 2009) and numerous articles on Islamic law and political thought.

Abstract: I spent a week last December and January conducting a series of philosophical-theological dialogues on topics related to the ideological development of Islamism, the relationship between Ghannushi views in Public Freedoms in the Islamic State and his views since 2011, the scope and limits of moral and political pluralism, the meaning of democracy, and the moral foundation of the post-2011 constitutional order. My talk will present some of the more important aspects of these dialogues and make reference also to Ghannushi’s various post-2011 writings.