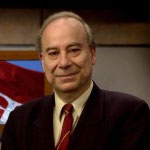 Ambassador Akbar AhmedAmbassador Akbar Ahmed is the Ibn Khaldun Chair of Islamic Studies at American University in Washington, D.C and the former Pakistani High Commissioner to the UK and Ireland. He has served as a Nonresident Senior Fellow at the Brookings Institution and was the First Distinguished Chair of Middle East and Islamic Studies at the U.S Naval Academy in Annapolis, MD. Previously, Ahmed belonged to the senior civil service cadre of Pakistan and has served as Commissioner in Baluchistan and Political Agent in the Tribal Areas. He was the Iqbal Fellow (Chair of Pakistan Studies) and Fellow of Selwyn College at the University of Cambridge. He has also taught at Harvard and Princeton Universities. He conceived and completed the Jinnah Quartet which includes the feature film Jinnah and a documentary. He is the author of over a dozen award-winning books including a quartet of studies published by Brookings Press examining relations between the West and the World of Islam after 9/11: Journey into Islam: The Crisis of Globalization (2007), Journey into America: The Challenge of Islam (2010), The Thistle and the Drone: How America’s War on Terror Became a Global War on Tribal Islam (2013), and Journey into Europe: Islam, Immigration, and Empire (forthcoming). He has just completed the documentary Journey into Europe. He has been called “the world’s leading authority on contemporary Islam” by the BBC.